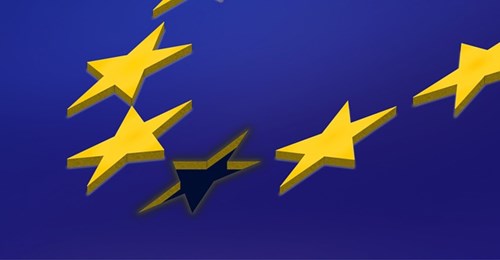 By Natalie | Uncategorized | No Comments

On June 23 2016 Britain decided to leave the EU with a 52/48 split. The campaign was very divisive with arguments and statistics being launched at the public in every which way. Now that it is September you would have thought the news would have died down, but the effect this vote has had lives on. Why? Britain leaving the EU brings about uncertainty as we would be the first member state to enact Article 50 and leave the union. Arguably the most affected sector from the decision is that of recruitment. With a potential unemployment crisis at that time and potentially limited access to Europe, the recruitment industry waited to see what would happen.

The current verdict? Not much has happened. There seems to have been no significant impact as of yet, if anything the UK has improved. Although this may still be due to Britain still being in the EU currently, the short term impact seems to have been negligible. Recruiter.co.uk recently held a Brexit Summit that gathered some of the recruitment industry’s leading experts.  Tony Goodwin, group chief executive and chairman, Antal International & Antal International Network, told the audience that “Commercially the vote has had very little impact,” he said. “The overall response had been middling to fairly positive.”

Gethin Roberts, managing director of driver recruitment agency Drivers Direct Recruitment, told the audience that although business hated uncertainty because it stymied investment, it also provided recruiters with opportunity, at least in the short term. “If companies are not investing in their own staff, they will invest in our staff. We have to be ready so that when the certainty comes along, we are able to grow.”[1]

Even according to Reed there has been an uptake in job vacancies with the construction and property, education, and accountancy sectors seeing that largest portion of vacancies. In the eight weeks that followed the referendum vote, Reed posted 30,000 more vacancies than at the same time in 2015.

Meanwhile, the Office for National Statistics reported that UK unemployment was continuing to fall with the number of people in work growing by 478,000 year-on-year by January this year, driving UK employment to 31.42 million. Britain’s current unemployment rate of 5.3% now equals what it was before the global economic crisis hit in late 2007.[2]

Could all of this have nothing to do with the Brexit vote? It certainly is possible; however, the potential long-term effect of Brexit cannot be ignored and will need to be monitored closely, particularly in light of the impact of Brexit on the UK economy and the continuing discussions about how the UK intends to control immigration from within the EU.[3] Other considerations are trade links with the EU and further afield. Any significant decrease in quantity or increase in costs can cause a negative ‘ripple’ effect that will affect most industries. As a result they may not have the funds or ability to take on new staff. To summarise; recruiters may be uncertain because business and industry is uncertain.

Another aspect not considered is business confidence, with the increase in vacancies you would think that this would rise however it seems to have dropped. According to the latest JobsOutlook survey by the Recruitment & Employment Confederation (REC) shows that business confidence has weakened month on month since the EU referendum. In August, 34% of respondents said that economic conditions are “getting worse”, compared to 22% in July and 13% in June. [4]

Skills shortages are the major concern in many sectors, one that will only get worse if the supply of skilled EU workers is in any way impeded. Employer confidence has fallen significantly, suggesting that while vacancies are on the rise, there is a lot of anxiety about what the future holds. These two factors would have a significant impact on the recruitment industry as skills shortages would greatly affect the amount of candidates and a lack of business confidence the amount of business clients.

To take an example, the construction industry is currently facing a skill shortage with a lack of workers holding the relevant skills and qualifications to perform the tasks needed, yet vacancies are on the rise. As a result these roles may not be filled, and with a potential increase in import costs of raw materials along with implementation of the living wage and auto-enrolment, it could mean business could simply not have the funds to hire more staff. How are recruiters supposed to manage meeting these expectations without the right people and limited spaces? To reinforce my previous point; recruiters may be uncertain because business and industry is uncertain.

Whatever the future may hold for the recruitment industry, Brexit will have an impact but until Article 50 is enacted there is little more than uncertainty and speculation. Although there seems to be a positive impact thus far, confidence remains low and this could be problematic should the freedom of movement for workers be restricted too much.

Qube Recruitment continues to monitor the outcome of Brexit and will keep you informed of any major changes or trends.