JD Sports and Amazon; are these the worst companies to work for? 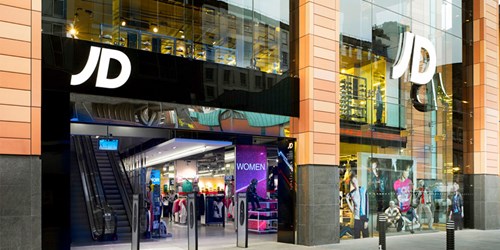 If you have been watching or reading the news recently you would have heard about issues with Amazon employees living in tents just outside their warehouses. Earlier this year Sports Direct was found to be paying staff under the minimum wage. Now JD Sports is in the firing line with an expose done by Channel 4 News (article on Recruitment Grapevine here) stating that workers were put through conditions ‘worse than prison’.  This raises a particularly concerning question; Why are such large retailers forcing their workers into such hellish conditions? Equally concerning; is this a common practice amongst many other retailers?

Now before any business balks at reading that last question and viciously attacks me stating that they don’t what I am trying to say is What if Amazon, Sports Direct, JD Sports are just the tip of the iceberg? These are not small businesses, these are national and international companies with millions if not billions of pounds in the bank. They have the money, the means, the knowhow, the legal team, the capability to ensure that every employee is treated with respect and their rights kept intact, yet this hasn’t happened.

Now as much as these retailers have refuted these claims of poor practice, the working conditions described do certainly seem hellish.   Employees are subjected to strict security checks that include removal of clothes and body searches, totalling 15 minutes both in and out, along with long hours and a common theme of ‘three strikes & you’re out’ policies. These include ‘strikes’ for sitting down or excessive/long toilet breaks and instant dismissal for even having a mobile phone on your person paints a very unnerving picture. It seems extreme to the lay person, made worse by the fact that these workers are paid minimum wage (sometimes less) with no guarantee of work and penalties if you take a sick day (yes being sick could earn you a strike).

During the summer of this year Sports Direct was found to not only enforce the above conditions but also had not paid their workers minimum wage during their employment. As a result Mike Ashley (Owner and CEO) will have to back pay over £1 million to those employees. Although this was resolved in the summer of 2016, reports of other retailers performing similar tactics had been floating around since 2014, however evidence was hard to come by as the employees were cowed by a culture of fear.

Back in 2015 The Guardian Newspaper did an undercover report that showed the harsh and stringent conditions workers faced on a daily basis at the Sports Direct central warehouse. Not only were these conditions strict and unflinching, the reports and testimonials of employees both former and current painted a far uglier picture. Some people had said that they were forced to clock out on the machine but continue working for hours afterwards so that they remained unpaid. Refusal to do this meant you were not offered any more hours the next day. If you were one minute late onto the floor you were docked 15minutes worth of pay, regardless of if you entered the building on time (bearing in mind the security checks took around 15 minutes a time being ‘late’ would certainly be an issue), if you worked after your allotted time you weren’t always paid for those extra hours.

This meant an official enquiry was launched by MPs and although Mike Ashley initially refused to see them, he did eventually attend the enquiry and confess that his company had not paid the minimum wage to its workers. Although the enquiry focused on pay, it is the working conditions that have shocked people the most. Stories like those outlined above seemed to be commonplace within the warehouse and was then made worse by revelations of retail store staff sharing similar stories.

Amazon’s depot in Dunfermline has had a scathing attack from a local MP who has revealed that some people have had to resort to sleeping in tents in a nearby wooded area because they are paid so little and live in fear of being even a minute late (one minute late on the floor and they are docked pay). As it approaches winter, and bitterly cold conditions set in, these people begin to risk their lives living in these conditions just for minimum wage work that isn’t even certain.

This isn’t the first time either, as an Independent article states;

Working four days in a row without sleep; a woman with breast cancer being put on “performance-improvement plans” together with another who had just had a stillborn child; staff routinely bursting into tears; continual monitoring; workers encouraged to turn on each other to keep their jobs.

Victorian England? No, this was 2015. Admittedly these stories are from America, but where they lead we follow. In light of the recent attack on Amazon by the Scottish Liberal Democrat leader Willie Rennie in regards to the conditions of the Dunfermline warehouse, all of these horror stories do seem to be part of a pattern.

Carole Cadwalladr of The Guardian newspaper worked in the Swansea warehouse for a week to try and get a feel for Amazon’s view on employees and what the working conditions are like. There she meets people that both praise and condemn the actions of Amazon. There does remain however the simple fact that the working conditions in these warehouses are very harsh, the question is are they illegal?

In the most recent article, JD Sports is in the spotlight as the conditions described are eerily similar to that of Sports Direct. Not only are the warehouse conditions described as ‘worse than jail’ but  also workers are being paid less than minimum wage. The exposé by Channel 4 is due to air Wednesday night (21st December) and will highlight more issues than shown by the 3 minute long footage released by the studio already. It clearly shows supervisors at the warehouse describing how they have sacked people on the spot for sitting down during the 11 hour long shift, and the now infamous ‘three strikes and you’re out’ policy could mean that you receive strikes for wearing any designer label (clothes or jewellery) or having a phone, lighter, chewing gum (not using, having).  There is also the issue of the strict security checks that are in place that means it takes a long while to enter and leave the building (the quoted figure has been 15 minutes each time), on top of this there are even spot searches throughout the day.

JD Sports has responded to Channel 4 News by saying: “We dispute that we operate anything other than a normal business disciplinary process at Kingsway. No member of security or supervisory staff should be using the emotive language of ‘strike’. Assist (Recruitment) are responsible for the disciplinary process of their own staff.”

So what does all this have to do with recruiting? All of the above have used external agencies to provide workers for these warehouses. Issuing  controversial zero hour contracts is one thing, but to hear about these appalling conditions does raise the issue of whether the recruitment agencies should perform a thorough check of the working conditions of their clients. 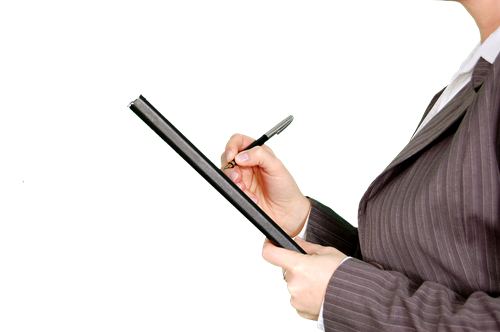 CV Mistakes: The good, the bad, and the funny.

CV Mistakes: The good, the bad, and the funny.